The main function of above-ground pipeline detectors is to detect underground pipelines in cities, such as gas, electricity, telecommunications, tap water, industrial pipelines, drainage, and cable television.
1. Working principle and method of underground pipeline detector The principle of electromagnetic induction is used to detect the precise orientation and depth of underground cables, as well as the open circuit, short circuit and failure points of the positioning cables. The intelligent full-character Chinese characters, graphic operation instructions and sound of the pipeline locator The FM indication makes it the easiest-to-use pipeline locator in use today. The built-in ohmmeter of the transmitter can automatically measure the loop resistance and continuous automatic output impedance matching to ensure the output of the matching signal. For the test of cable faults, the instrument can be used step voltage method, with the direct buried cable fault test accessories ("A") to determine the cable ground fault resistance and cable sheathing of the buried cable insulation resistance is less than 2M Europe The location of the fault; can also use the signal strength and weakness to determine the open circuit, short circuit fault. Using the coupling clamp, you can find the path of the live cable, use the 50Hz detection function of the receiver, and you can also track the 50Hz power frequency signal sent by the running cable, so that you can truly use one machine for multiple purposes and have a cost performance ratio.
Its basic working principle is: electromagnetic signals are generated by the transmitter, and the signal is transmitted to the underground cable under test through different transmission connection modes. After the underground cable senses the electromagnetic signal, an induced current is generated on the cable, and the induced current flows along the cable. Distant propagation, during the propagation of current, radiates electromagnetic waves through the underground cable to the ground. When the pipeline locator receiver detects the ground, it will receive an electromagnetic wave signal on the ground above the cable. The strength and weakness of the signal to determine the position and orientation of the underground cable and the working principle of the fault transmitter The signal transmission connection method of the transmitter: direct connection method, coupling method, induction method II. working principle of the underground pipeline detector receiver Method Three operating modes of the receiver: crest method, wave trough method, step voltage method.
(1) Crest method: When the detector receiver is located directly above the pipeline, the signal indicates the largest and the sound is the largest. Pay attention to adjusting the gain so that it can only detect the signal above or near the pipeline. The crest method uses the horizontal coil to receive the intensity of the horizontal component of the electromagnetic field, and performs peak detection on the interference-free cable. Directly above the cable, when the front of the receiver is perpendicular to the direction of the cable, the magnetic field response is at its maximum, not only because the coil is closest to the cable, but also because the magnetic field of the coil is strong, and because the magnetic flux of the magnetic field passes through the receiving coil at this time. When the receiver moves toward the sides of the cable, the intensity of the magnetic response on both sides is symmetrical and gradually decreases. This is not only because the coil is far away from the cable at this time, the magnetic field received by the receiver coil becomes weaker, but also because the direction of the magnetic field lines of the magnetic field is no longer perpendicular to the plane of the coil, and the magnetic flux passing through the coil becomes smaller, resulting in a peak like a mountain. The signal response. This is called the "peak method." 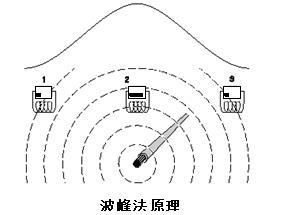 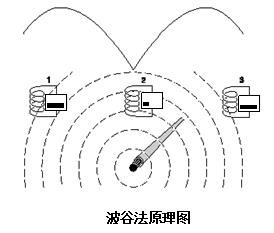 (3) Step voltage method: Through the "A" frame, it can detect the failure of the buried cable to the ground and the failure of the skin.
Connect the â€œAâ€ frame to the receiver. The receiver can detect the leakage signal from the point of failure sent by the transmitter by receiving the â€œAâ€ frame, which can easily locate the failure of the buried cable to the ground and the skin.
The accurate positioning of buried cable faults is particularly suitable for the fast and accurate positioning of insulation faults in street lamps, buried power cables, buried telecommunication cables, and buried optical cables. In particular, it is very useful for dead grounding of buried cables. When testing with traditional high-voltage flashover methods, the discharge energy of a single-phase metallic ground fault point is proportional to the square of the discharge current and the grounding resistance, and the grounding resistance is small, so the fault Click to wear gap discharge sound is lighter, can not be precise, or even fixed point.

Dear Customer:
Thank you for your attention to our products. In addition to this product introduction, the company also has transformer oil vacuum oil filter, mine stray current measuring instrument, high voltage short-circuit grounding wire, series resonance withstand voltage test device, silicone rubber high voltage wire, high voltage Rubber insulation mats and so on, if you are interested in our products, welcome to inquire. Thank you!

Tower Crane cabin is the control center of the crane and is attached to the slewing unit. In order to get to the tower crane cab, the operator must climb a series of ladders within the mast.

The movement of the tower crane is controlled from the operator`s cabin. Within the tower crane cabin, you`ll find the operator`s chair with joystick controller, electronic monitoring devices, and communication systems. Many cabins come with climate control to ensure a comfortable work environment. The Operator Cabin for Tower Crane is part of the slewing assembly.