At present, China's sewage treatment plants pay more attention to the detection of water quality, and generally have on-line analysis instruments. Influent water quality testing relies on laboratory testing, testing less frequently. However, the influent load is constantly changing, which makes the adjustment of the operating status of the equipment lag behind, resulting in unstable water quality. In order to ensure that the effluent reaches the discharge standard, it generally adopts a conservative â€œreliableâ€ way of operation, with a certain amount of surplus. This mode of operation is inefficient and wasteful. When the impact load occurs, this mode of operation becomes unreliable, and it is difficult for the discharge water to reach the discharge standard.

The ICA Technology Concept The International Water Quality Association (IAWQ) proposed the concept of ICA technology, namely Instrumentation, Control, and Automation. Through the real-time monitoring of the influent and effluent water quality in the sewage treatment process, such as temperature, pH, ORP, DO, ammonia nitrogen, nitrate nitrogen, phosphorus, sludge interface, sludge concentration, flow rate and other parameters, using the wastewater biological treatment kinetic model , Combining modern control theory such as front (anti-feedback), PID, and self-adaptation, real-time calculation of various settings of factory optimal control, automatic adjustment of oxygen supply intensity, optimization of nitrogen and phosphorus removal, control of pharmaceutical dosage, optimization of row Mud and sludge dewatering process, so as to optimize the control of the entire process. Through real-time monitoring of influent loading, rapid response can be achieved, treatment efficiency can be improved, increasingly stringent sewage discharge standards can be met, system stability can be enhanced, and the impact of shock loads on water treatment systems can be reduced, energy saving and consumption reduction can be realized, and operating costs can be reduced. And carbon emissions.

The core technology of ICA is detection instruments, mathematical models and process control systems. All reliable optimization control strategies are based on effective and accurate detection values. A large number of operating experiences at home and abroad show that, through the monitoring of online water quality analysis instruments, process optimization control of the sewage treatment system can be realized. In some of Europe's leading areas for wastewater treatment technology, a lot of research has been put into place and phased results have been achieved.

PeelCommon Sewage Treatment Plant The PeelCommon Sewage Treatment Plant in southern England is one of the UK's early-stage sewage treatment plants. It has a history of 66 years, serving a population of 250,000 people, with a treatment capacity of approximately 60,000 m3/d, using grade 4 Bardenpho process (in the end of the aerobic area of â€‹â€‹the traditional AAO process to increase the stop aeration and anoxic area, strengthen denitrification), as shown in Figure 1.

The real-time control system project of PeelCommon sewage treatment plant was completed by Hach Company and two system integration companies. The idea of â€‹â€‹this case is to adjust the fixed set value in the past based on the model calculation, thereby reducing the amount of aeration and dosage, saving energy and reducing consumption. In order to meet the needs of optimal control, several Hach dissolved oxygen, nitrate nitrogen, ammonia nitrogen, COD, and MLSS online water quality analyzers were installed. The red box in Figure 2 is the optimized aeration tank. There are two groups of aeration tanks, a total of 8 aeration corridors, about 100m long, 9m wide, 6m deep, and the actual water depth is about 4.5m. 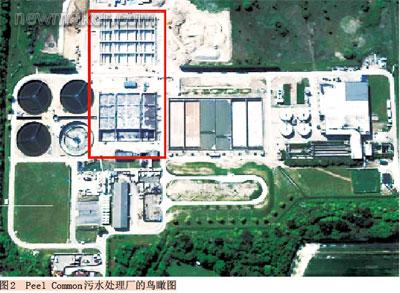 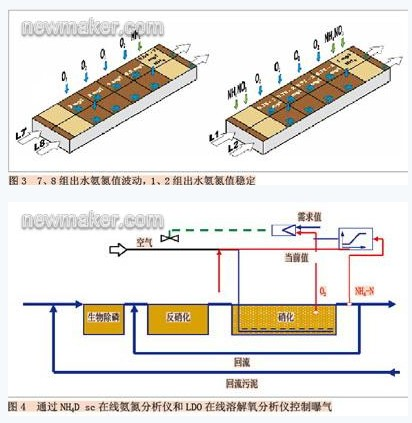 According to the on-line nitrate-nitrogen data of the anaerobic section effluent, a methanol closed-loop control strategy is implemented, and the PID algorithm is used to determine the amount of methanol to be added, as shown in FIG. 5 . 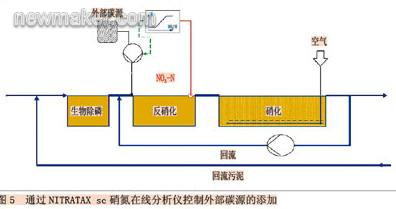 The above is the control strategy of PeelCommon Sewage Treatment Plant. There are many control strategies in the process. In the phosphorus removal process, the dosage is controlled automatically by the on-line phosphate concentration and flow rate to reduce the cost of flocculating sludge and dosing, as shown in Figure 7. As shown.

In the sludge dewatering control, the dosing amount is controlled by monitoring the concentration of the suspended solids, stabilizing the mud discharge quality, and reducing the dosing cost, as shown in FIG. 8 .

After comparing the application of optimized data control systems, we have achieved significant social and environmental benefits. According to a rough estimate, after the system is applied, it can save 20% of aeration and save 50% of methanol dosage. More importantly, after the optimization control is applied, the ability of the system to handle the impact load of ammonia nitrogen is improved, the effluent is more stable, and peak clipping is obvious, as shown in Fig. 9, Fig. 10, and Fig. 11. 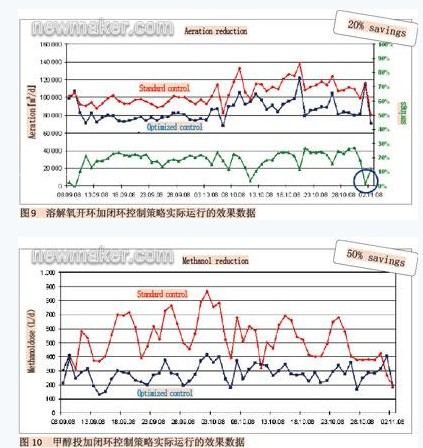 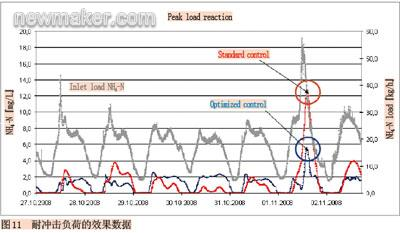 Conclusion The online water quality instrument applied to the sewage treatment plant can realize the continuous detection of the water quality, and provide an effective and reliable measurement value for the optimized control, so that the automatic optimization control can operate stably, thereby increasing the processing efficiency and achieving energy saving.

"In November 2009, USEPA issued Standard Method No. 334.0, which emphasizes the requirements for performance reliability testing and quality control of on-line residual chlorine analyzers for the drinking water industry." Hash Labs Product Director ThomVoll said, "The new standard method proposes relevant conditions, technical specifications and acceptance criteria, but it does not involve specific verification methods. To this end, experts in the field of hash drinking have developed a set of tools to help users pass New standard certification."

The high concentration of niobium and chromium carbides by HP567 wire has very good wear resistance to fine abrasive particles of high hardness, which is ideal for the applications: vertical crushers, armouring of conveyors for coal, clinker and glass

â€¢ Resistant to combined abrasion and impact at high temperatures

We offer welding wires for low, medium and high alloy hardfacing, for mild steel fabrications, Diameters range from 1.2 mm to 4.0 mm, using our own manufacturing technology. In addition to cored wires, our range of consumables includes tubular welding electrodes. 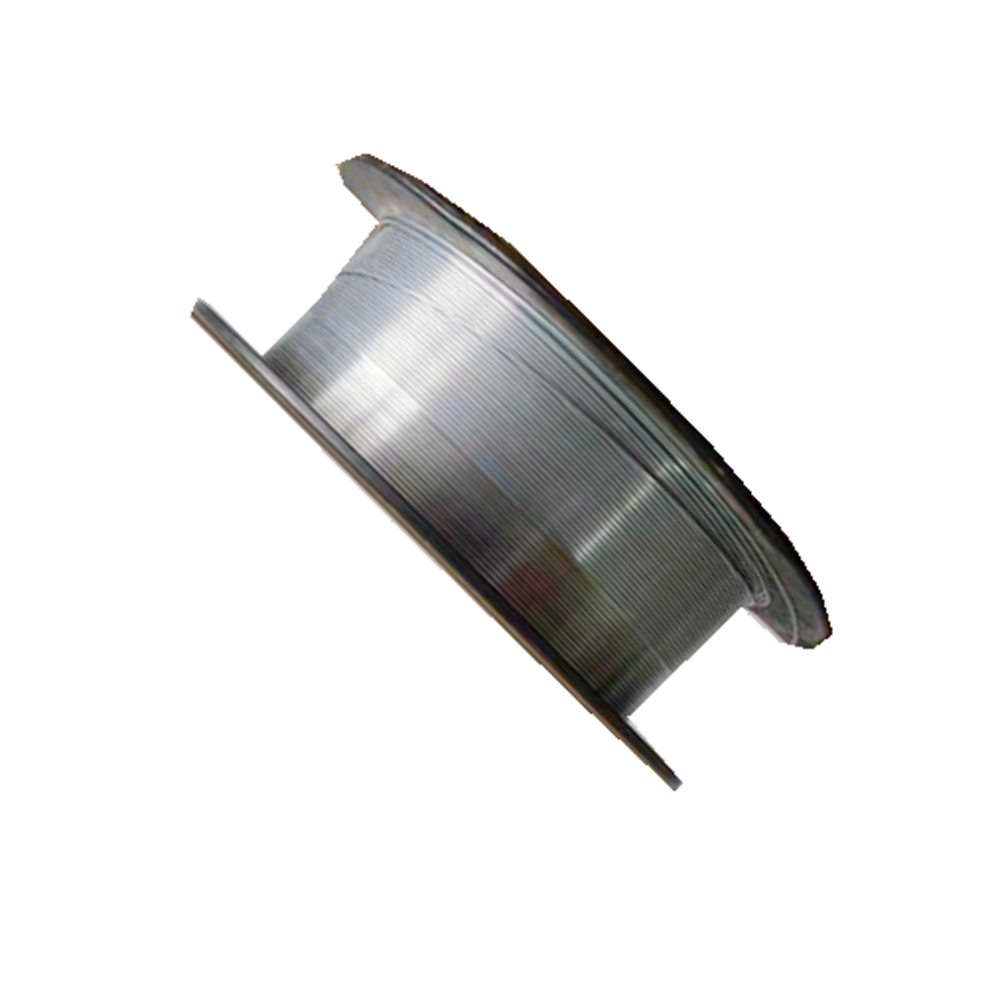 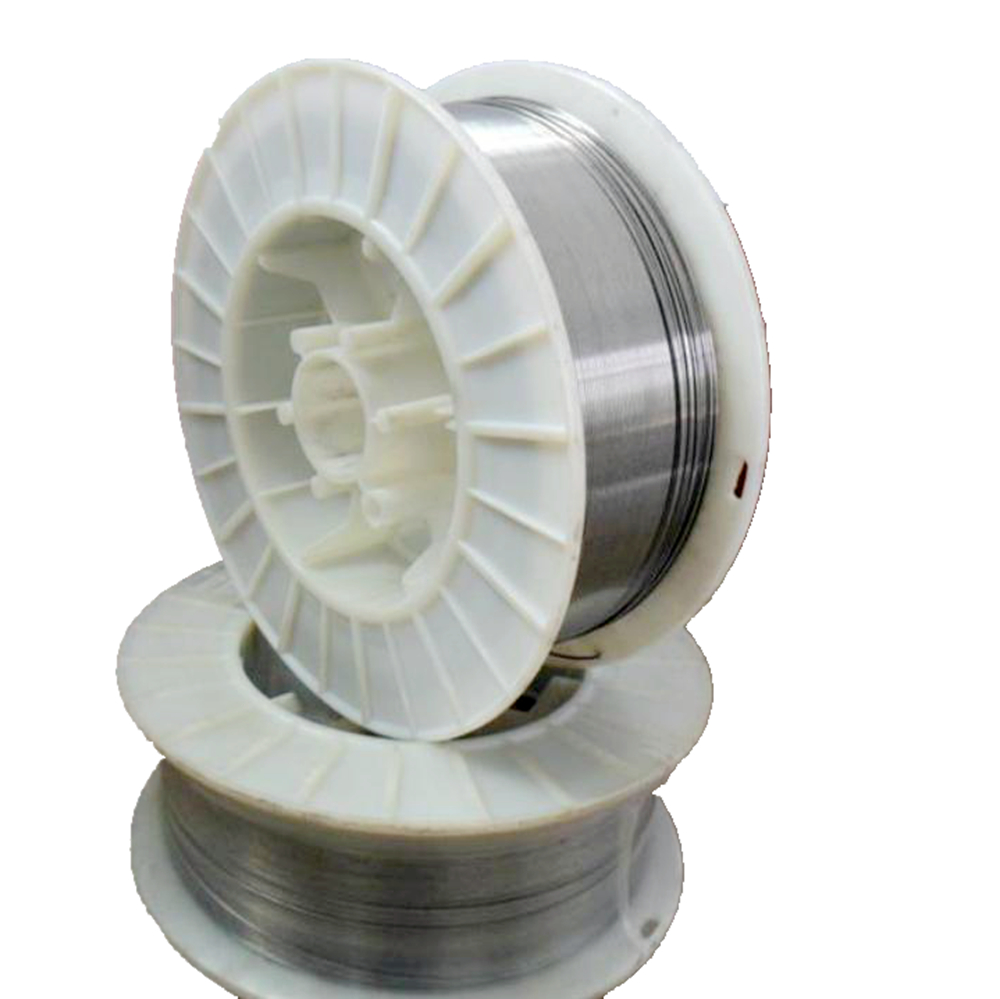